To share your memory on the wall of Kenneth Martin, sign in using one of the following options:

Friends and family will be received at the Wartman Funeral Home, Kingston Chapel, 980 Collins Bay Road, on Thursday, February 20th, 2020 from 4:00 - 7:00 pm and Friday, February 21st, from 12:00-1:30 pm followed by The Liturgy of Word in the Chapel at 1:30 pm. Private Interment to be held at a later date. Memorial donations in Kenny’s memory may be made to the Wolfe Island Fire Department, Wolfe Island Community Centre or the charity of your choice. Online condolences at www.wartmanfuneralhomes.com.

The Family of the late Kenny Martin would like to express our sincere appreciation for the kindness and caring support that we received from many relatives, friends and neighbours during our recent bereavement. Special thanks to Friar Jim Fukes for the service and Wartman Funeral Home. We wish to thank the staff at KGH ICU and special thanks to Dr. F. Haji for their compassion. Sincere gratitude to Dr. J.H. Matthews for Ken’s care over the last couple years. Thanks to those who helped with meals, sent flowers and made donations in Ken’s memory; including all the sympathy cards received.

To send flowers to the family or plant a tree in memory of Kenneth James Martin, please visit our Heartfelt Sympathies Store.

Receive notifications about information and event scheduling for Kenneth

We encourage you to share your most beloved memories of Kenneth here, so that the family and other loved ones can always see it. You can upload cherished photographs, or share your favorite stories, and can even comment on those shared by others.

Flowers were purchased for the family of Kenneth Martin. Send Flowers

Stewart Grant purchased the The FTD Vibrant Sympathy Planter and planted a memorial tree for the family of Kenneth Martin. Send Flowers

Posted Feb 20, 2020 at 07:58am
On behalf of CFJOSG HQ members, please accept our most heartfelt condoleances. Our thoughts are with you and your family during this difficult time.

Posted Feb 18, 2020 at 10:03am
I'M SO SORRY TO HEAR OF THE LOSS OF ANOTHER MARTIN BOY. JUST KNOW YOU ARE IN MY THOUGHTS AND PRAYERS. MY DEEPEST CONDOLENCES TO MARJORIE ,THE GIRLS AND ALL THE MARTIN FAMILY. JUST KNOW I AM THINKING OF YOU AND FEELING THAT THERE HAS BEEN SUCH A LARGE LOSS FOR YOU ALL IN THIS SHORT TIME. STAY STRONG AND KNOW YOU ARE NOT ALONE AT DIFFICULT TIMES LIKE THESE .YOU WILL NEVER BE FORGOTTEN. RIP
Comment Share
Share via:
TF

The Snider Family and the Heximer Family 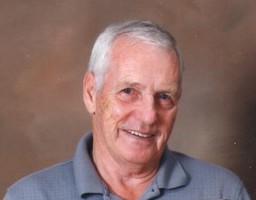 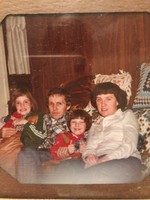