To share your memory on the wall of Graham Sirman, sign in using one of the following options:

Graham will be forever cherished by his devoted wife Allison, his sons William and Thomas, his sisters Lindsay and Hilary (Haig), and his parents Carol and Bill. He was a dear brother-in-law of Jill and Steve Conway, Debbie and Al Garrison, Clint and Susan Bowles, and Becky and Pete Moslinger. He was a beloved nephew, cousin and uncle to all in his extended Bowles and Sirman families.

He was an accomplished intercollegiate and junior hockey player and his passion for the sport is surpassed by few. Graham loved every minute of his involvement variously as a player, coach, General Manager and scout. He was an ardent reader of newspapers and books, particularly history and sports.

His greatest passion, however, was his family. Graham supported, loved, and was fiercely protective of Allison, William and Thomas in all aspects of their lives. He was constantly in arenas, watching his sons play across North America and Europe. Graham was modest about his own considerable accomplishments, but revelled in celebrating Thomas and William’s academic and athletic successes. He loved to spend hours talking with them to help map out their futures.

Graham truly valued his many friends. He was unwaveringly loyal and happily made himself available to friends and their families at a moment’s notice.

Graham’s life revolved around his family and friends and his death leaves an enormous void in our lives.

A service to celebrate Graham’s life will be held on Saturday, November 16, 2019 at the Isabel Bader Centre for the Performing Arts, (390 King Street West in Kingston) at 11:30 am, following the service a reception will be held in the lobby.

A contribution to the Ontario SPCA and Humane Society in Graham’s name, by those who wish, would be greatly appreciated by the family.

Arrangements in the care of Wartman Funeral Home - Kingston Chapel

To send flowers to the family or plant a tree in memory of Graham Farrell Sirman, please visit our Heartfelt Sympathies Store.

Receive notifications about information and event scheduling for Graham

We encourage you to share your most beloved memories of Graham here, so that the family and other loved ones can always see it. You can upload cherished photographs, or share your favorite stories, and can even comment on those shared by others.

Lindsay and Vickie Hofford, Matt's Aircon Family, and other have sent flowers to the family of Graham Farrell Sirman.
Show you care by sending flowers

Posted Nov 18, 2019 at 09:25pm
I am so saddened and shocked to find out this news today.. I would often bump into Graham on the Aurora trails as i am one of those dog obsessed folks and. well I was certainly in awe of the beauty of Murphy[our previous dog's name was Murphy so even more compelled to stop and marvel].. I saw him very recently in fact it feels like just a few weeks ago we passed each other and I of course always want to know how is that big beautiful floof. Even if we only chatted for a few minutes, Graham [I never knew his name]had a very calm and kind demeanor-and I could tell how much he truly loved Murphy ..I didn't know where he lived or what he did for a living and that never matters when you're a dog lover-it's just about another human that adores dogs.. As a psychologist though I can tell you he felt like an extremely kind-hearted person and clearly he was very humble. My heart truly breaks for your family, he was clearly an incredibly kind person in this world... If I were to bump into Allison again[we've certainly had quite a few dog mom chats], I would offer an enormous hug to you and your family for this extremely devastating loss Beverley Bouffard, Aurora
Comment Share
Share via:
GM

Posted Nov 17, 2019 at 07:24pm
Graham and I both practised law at Smith Lyons in Toronto from 1999-2001 and once co-counseled together in a losing cause in the Court of Appeal. I was very pleased to renew our acquantaince both professionally and personally when I moved to Kingston three and a half years ago. We were overdue for a "shandy", which sadly will not now happen. He was one of life's real characters. Unique in every way and unforgettable. A tragic loss. SIncere condolences.
Comment Share
Share via:
NS

Posted Nov 17, 2019 at 02:29pm
Losing a child is a parent's worst nightmare. My heart felt sympathy is extended to you & your family.
Comment Share
Share via:
LH

Lindsay and Vickie Hofford purchased flowers and planted a memorial tree for the family of Graham Sirman. Send Flowers

Our thoughts and prayers are with you during this difficult time. Please know that we are thinking of you. 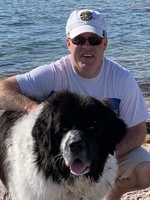 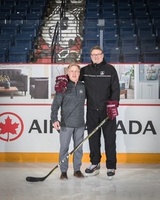 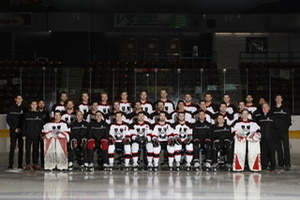 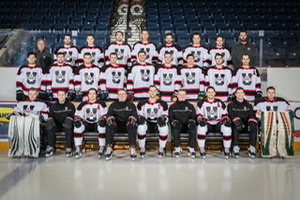