To share your memory on the wall of Michelle Kennedy, sign in using one of the following options:

Born, January 15th, 1969 and living in the village of Main-a-dieu and Louisbourg on Cape Breton Island to her parents, Arthur and Margaret Kennedy. In July of 1990, she had to leave her beloved island ... Read More
Brenda Michelle Kennedy O’Reilly

Born, January 15th, 1969 and living in the village of Main-a-dieu and Louisbourg on Cape Breton Island to her parents, Arthur and Margaret Kennedy. In July of 1990, she had to leave her beloved island and come to the city of Toronto to start a career. In 1994, her career endeavors brought her to Ottawa where she continued working with the Credit Union until May of 1999. In that year, she made a career change and started to work at the Workplace Safety and Insurance Board where she has continued her employment helping both employers and injured workers of Ontario.

In 2007, Michelle transferred to the Kingston office because she met the love of her life, Douglas O’Reilly. They married on September 24th, 2010 at which time Michelle became the proud step mother to Noah and Lochlyn O’Reilly and gained an extended family with Arthur and Ola O’Reilly. Michelle was so happy to be part of the O’Reilly family and all the wonderful people that were added to her life.

During her time in the Kingston office, Michelle took an active role with the Canadian Union of Public Employees serving the members of Local 1750 as a coordinator, Director and member of the bargaining team. She was an advocate for the members of the Workplace Safety and Insurance Board and a passionate supporter of the Labour Movement.

Michelle leaves behind a family that she loved dearly. Her husband, Douglas and 2 step children, Noah and Lochlyn. Her Mother and Father, and brother, Art (Natosha) and 2 beautiful children, her niece Holly and nephew Tyler. Michelle loved them dearly and so proud to be their Aunt.

Michelle had a wonderful sense of humour and a love of life. This drew so many people to her and she had a large circle of friends. Each and everyone who came into her life was valued.

On Tuesday, May 7, 2019, Michelle was taken from us due an unfamiliar form of cancer known as Neuro Endocrine Cancer. The symbol for this cancer is a Zebra because no two cancer patients have the same symptoms or presentation. No two Zebra’s have the same stripes. Her wish is that friends and family, in lieu of flowers, donate to The Canadian NeuroEndocrine Tumour Society Canada to help with research and raise awareness for this cancer.

Following this, Michelle will be laid to rest at home after a Celebration of her Life and Funeral Mass in Main-a-Diu at a later date.

To send flowers to the family or plant a tree in memory of Michelle Kennedy, please visit our Heartfelt Sympathies Store.

Receive notifications about information and event scheduling for Michelle Kennedy

We encourage you to share your most beloved memories of Michelle Kennedy here, so that the family and other loved ones can always see it. You can upload cherished photographs, or share your favorite stories, and can even comment on those shared by others.

Posted May 13, 2019 at 03:32pm
Michelle's family, I was so sorry to read this today. I worked with her in Ottawa at WSIB and her smile, sense of humour, her cute east coast accent, quick wit and fiestiness definitely are some of the things I remember most about her but more than anything I remember a feeling of happiness, fun, caring and so genuine. I never know that she was only 13 days older so this hit me hard as I was diagnosed with stage 3 rectal cancer at age 48. Receiving that news is devastating for all involved. I know she will be missed by so many and I also know that while she was with us all here, she lived life to the fullest. My prayers are with Michelle's family at this time xo
Comment Share
Share via:
JH

Posted May 12, 2019 at 09:11am
I can not think of Michelle without a smile on my face, remembering her sense of humour and her mischievous escapades. While I had the privilege of working with her for only 8 short years in Ottawa, I will be forever grateful to her, for introducing me to Black Friday Shopping in Syracuse and to her "hangover pills" she swore by. My condolences to the Kennedy and O'Reilly families. Margie, my thoughts are with you today.
Comment Share
Share via:
MR

Posted May 10, 2019 at 09:42am
My sincerest condolences to the Kennedy and O'Reilly families. Michelle will be sadly missed by her WSIB Family but we will always have fond memories of her to cherish. May she rest in peace.
Comment Share
Share via:
CI

There is a hole in my heart that will never be filled. Michelle was a great friend and an awesome person.
NP

Posted May 09, 2019 at 03:58pm
My heart breaks for the Kennedy and O'Reilly families and all those who love Michelle so dearly. My prayers are with you for peace and strength at this heartbreaking time.

I am so grateful to have met her and to have called her a friend. She made my transition to the Kingston office so smooth - she was so kind and welcoming. We had many hours of wonderful chats. She was a dear friend, and I cherished her advice and her honesty. She was a strong and honourable woman, remarkable in her integrity, and so authentic in her heart for her family and friends. I will always remember and love you my dear friend.
Comment Share
Share via: 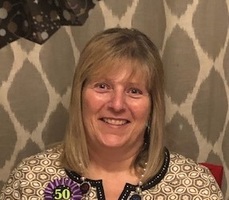 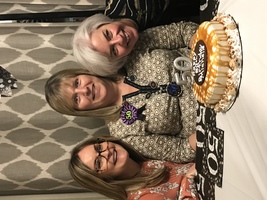 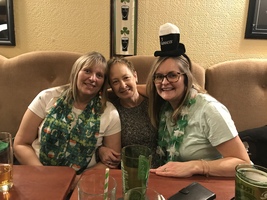 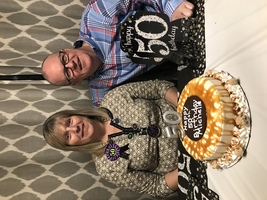