To share your memory on the wall of William Paul, sign in using one of the following options:

Provide comfort for the family of William Paul with a meaningful gesture of sympathy.

Bill was a proud Queens University graduate (1944) - metallurgical engineer. Following graduation, he was employed by Deloro Steel. In 1945, he was sent to England to work. While there, he met and married the love of his life - Kathleen Fielding. Upon their return to Canada in 1951, he was recruited by Orenda and was the chief engineer working on the Iroquois engine for the Avro Arrow aircraft. After the "Black Friday", 1959 announcement of the cancellation of the project, he did consulting work for Pratt and Whitney. Upon his retirement, he and Kay designed and renovated a century-old home at Sharp's Corners (Roblin). They remained there until Kay's death in 2009 and his recent move to Napanee. The family would like to thank the staff at the Riverine and Lennox & Addington Hospital for their kindness and care. Arrangements have been entrusted to Wartman Funeral Home, Napanee Chapel. At Bill's request, there will be no visitation or service. Inurnment will take place at a later date. Memorial donations can be made by cheque or credit card to Lennox & Addington County General Hospital Foundation. On-line condolences at www.wartmanfuneralhomes.com
Read Less

We encourage you to share your most beloved memories of William here, so that the family and other loved ones can always see it. You can upload cherished photographs, or share your favorite stories, and can even comment on those shared by others.

Posted Dec 03, 2019 at 07:08pm
We had many happy times with Bill while we skated at the Local arena. Later, when we went to lunch we found out about the interesting life that he had lived.
Our sympathies and condolences to his family.
Joy/Ed Thompson
Comment Share
Share via: 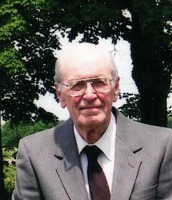