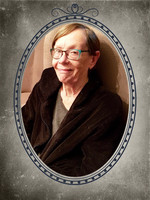 Penelope (“Penni”) Kathleen Richmond, born May 10, 1947, passed away peacefully at the Kingston General Hospital on November 16.

Spending much of her working life in the labour and women’s movements, Penni was a prominent activist in the Canadian Employment and Immigration Union (PSAC). As a progressive feminist, she played an important role in moving her union forward on women’s and human rights issues. She later became Director of the Women’s and Human Rights Department of the Canadian Labour Congress, and worked there in the fields of disability rights and childcare.

Penni is deeply missed by her beloved daughter Alexandra, and by those countless others who knew her, worked with her, admired her, loved her and respected her for her fiercely-held principles, activism, hard work, and generous spirit. Her unshakeable commitment to building a better and more beautiful world will remain an inspiration. Solidarity, forever.