To share your memory on the wall of Michael Young, sign in using one of the following options:

Passed away peacefully at Providence Care Hospital with his wife by his side on Tuesday, April 2, 2020 at the age of 75. Michael will be deeply missed by his devoted... Read More
Young, Michael Lorenzo
Owner of Patton’s Cleaners for 18 Years

Passed away peacefully at Providence Care Hospital with his wife by his side on Tuesday, April 2, 2020 at the age of 75. Michael will be deeply missed by his devoted wife Donna (nee Gilbert) of 51 years. Loving father of Gillian Derry and Peter (Jennifer) all of Trenton. Cherished grandpa of Adrianna, Erin, Cameron, Finn, and great grandpa of Annabelle. Beloved brother of Suzanne Bouchard (Jacques) of Riviere Beaudette, Quebec, Marlene McGowan (Michael) of Florida, and Joanne Boudreau (Richard) of Nitro, Quebec. Michael will be deeply missed by ex son-in-law Martin Derry. He will be sadly missed by his nieces, nephews, many other relatives and friends. He is predeceased by his parents Adrienne and Marcel Young. Michael was a mining engineer who graduated from Northern College in Haileybury, Ontario in 1970. His first mining job was in Costa Rica. Michael loved to travel; he followed his dreams by backpacking across Canada, the USA and Mexico and spent eight years living in China with his wife Donna, making many friends along the way. Michael had a vibrant personality and was often the life of the party. Michael will be forever missed. A private family Liturgy of the Word will be held at the Wartman Funeral Home - Kingston Chapel. Memorial donations made in Michael's memory to the University Hospitals Kingston Foundation (UHKF) - Cancer Centre would be appreciated by the family. Online condolences at www.wartmanfuneralhomes.com.
Read Less

To plant a memorial tree in honor of Michael Young, please visit our Heartfelt Sympathies Store.

Receive notifications about information and event scheduling for Michael Young

There are no events scheduled. You can still show your support by sending flowers directly to the family, or planting a memorial tree in memory of Michael Young.
Plant a Tree

We encourage you to share your most beloved memories of Michael Young here, so that the family and other loved ones can always see it. You can upload cherished photographs, or share your favorite stories, and can even comment on those shared by others.

Plant a Tree in Memory of Michael Young
Plant a tree 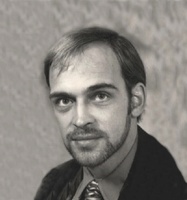