To share your memory on the wall of Michael Carr, sign in using one of the following options:

Provide comfort for the family of Michael Carr with a meaningful gesture of sympathy.

We encourage you to share your most beloved memories of Michael here, so that the family and other loved ones can always see it. You can upload cherished photographs, or share your favorite stories, and can even comment on those shared by others.

Posted Jul 25, 2019 at 11:51pm
I met Michael at Carleton University during the fall of 2010 - our first year. He was very open about all of his past health problems, and did not explain those stories looking for pity, but with optimism for his future. "I ain't done yet." We were the two "older guys", being both born in 1962. He was like an uncle to many of the younger students, offering advice and suggestions on how to approach school work and matters of life During his first year, he fell down some steps and broke 8 bones in one ankle and 7 in another. He had to live in a long-term care facility for 2 months, and during that time, still completed 3 courses. He graduated, as planned, during the spring of 2014, and averaged an "A" throughout his courses. Unfortunately, just before graduation ceremonies, he had a brain aneurysm burst, and could not attend. During his Masters of Social Work, he was very ill, with doctors best guessing that the kidney transplant was beginning to fail. Although he was ill during the majority of the MSW, Michael being Micheal, toughed it out and graduated on time, and with another "A" average. (The kidney was not failing, but it took many months of tests to discover a bad virus had hit his kidney.)

He was dedicated to helping others: fellow students and family members. He taught many of us students, and our professors, how to be optimistic during difficult times. He was 'cool', even with his 'corny' joking! Three of his closest friends during the BSW were myself (the gay guy), David (the friend from Haiti) and Amy, (the friend from Ghana). This shows his openness to accept all and his ability to not judge. He will be missed by many friends and his professors. 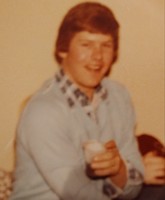