To share your memory on the wall of James Horwood, sign in using one of the following options:

We encourage you to share your most beloved memories of James here, so that the family and other loved ones can always see it. You can upload cherished photographs, or share your favorite stories, and can even comment on those shared by others.

Posted Sep 06, 2019 at 11:38am
Jim once told me that my Dad James Hewitt was an extraordinary man, so was he! My parents couldn't have had better neighbors. R.I.P. Jim. This world was a better place with you in. My deepest condolences to all his family.
Comment Share
Share via:
SV

We felt the very same way, Helen. Our parents couldn't have had better neighbours, and your Dad was an extraordinary man. R.I.P. to both of them. Susanne
SM

Stephen Martin purchased flowers for the family of James Horwood.

Posted Sep 03, 2019 at 09:42am
Paula and family my heartfelt condolences on Jims passing, you were fantastic neighbours in Pointe Anne. My thoughts are with you all at this difficult time. May you find strength in each other.
Comment Share
Share via:
GM

Posted Sep 03, 2019 at 09:24am
Remembering Jim as a fair umpire and referee, and more recently renewing friendship at Legion dances. Please accept our condolences. Gary and Verna Morrow
Comment Share
Share via: 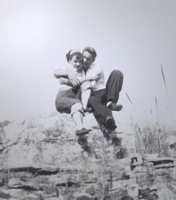